Part of the Incest Anonymous series:

Jared may only be older than his brothers by a few minutes, but he’s always been the leader, the one to make sure Jim and Johnny get everything they need. That’s why it’s so hard to say no when Johnny asks Jared to initiate him into the pleasures of the flesh. But giving in would be wrong, wouldn’t it?

Of course Jim thinks he should help Johnny out. Jim can never deny his baby brother anything. The three of them have always been there for each other, and Jared can’t seem to explain why this should be any different.

Johnny needs what he needs. Jim wants to see him get it. And since Jared can’t bear the thought of random strangers fulfilling either of their dirty fantasies, it looks like he’ll have to do the job himself. Can he teach his brothers to be good little bottoms without revealing the lust he’s been hiding in his heart?

Jared woke up at the bottom of the puppy pile. As the oldest—by one whole minute—he was accustomed to being the rock his brothers leaned on, but right at the moment he had a serious piss hard-on that needed addressing.

Jim rolled off when Jared pressed on his shoulder, but Johnny, as usual, was harder to pry loose. Johnny was the youngest by a whopping fifteen minutes and they always joked that his late arrival was because he hadn’t wanted to get out of bed even then.

“Off,” Jared mumbled at the tousled head. The morning shadow of Johnny’s beard against his neck had his nerve endings firing. “I need to get up.”

“I can tell.” The grin in Johnny’s voice suggested he was more awake than he’d been pretending. He shifted his leg so his thigh rubbed over Jared’s throbbing cock, then, apparently not satisfied with hinting at what he meant, he reached down and grabbed it through the flannel pajama bottoms. “Got a little problem?”

“Come on, baby.” Jim, always the peacemaker, rolled Johnny off Jared’s body to tuck him into his own side. “You know it makes Jared uncomfortable when you get handsy.”

It was true, though probably not for the reason Jim imagined. The three of them were practically one body, the boundaries between them always a little hazy, but in the six months since they’d turned eighteen and moved away from home, Jared had started to become aware of certain non-brotherly feelings he knew he couldn’t act on.

It was impossible when sharing such a small apartment to not be there for every intimate moment of each other’s lives, but lately it wasn’t just a matter of Johnny and Jim being nearby when Jared pleasured himself. It was that he wished they were even closer.

TM Chris' erotica is so hot and so well written, she's always a one-click author for me. However, her new triplecest tale is so far beyond hot I find it difficult to find words to describe it! The triplets are 18 and of age, but Ms. Chris does an amazing job of juxtaposing innocent childhood memories with erotic activities to heighten the heat level. It's a story of the three brothers living together in a small apartment in New York and sharing a bed while one of them is trying to fight his desire for the other two. But what about what the other two want? So good!

This was delicious! And some of Jared’s thoughts were hilarious, so there was humor, too. But more sweetness and tenderness than you might expect. (Of course, if you’ve read this author’s other works, you know that it’s never just about the sex.) While it’s a fairly short read, heavy on the erotica, it still had enough of a plot to be fully engaging. I know I’ll re-read it at least once, so it was definitely worth buying. I only wish there could be a sequel, maybe from Johnny’s or Jim’s point of view...how about a triplecest trilogy, so each guy gets a book? That’s only fair....

This is what I wanted. It had all the things I was looking for. I like how it was told through Jared’s point of view and we got all his thoughts every step of the way. Satisfied my need for the mix of emotions and kinky sexiness I could ask for. I love everything I’ve read by this author.

Kael danced like he’d taken a hit of E, all frenetic passion—alternately grabbing at Simon’s crotch and grinding back into it. He was drunker than Simon, though only on excitement, with his pupils dilated and a light sheen of sweat coating his skin, looking positively edible. If Simon had come to the bar alone, he would be hoping to go home with Kael.

END_OF_DOCUMENT_TOKEN_TO_BE_REPLACED

He caught Dalin’s eye and grinned, putting enough menace into his smile to have Dalin looking apprehensive. Good. Dalin ought to be apprehensive. Tonight was going to be fun. As soon as Atalanta got rid of these straight-laced ass-lickers, the real party could begin.

END_OF_DOCUMENT_TOKEN_TO_BE_REPLACED

What Kevin got right now was a view of Petey’s ass, the cheeks cupped by a taut stretch of white lace peeking out beneath the red satin of his robe. Beyond Petey was Marcus and his covetous eyes, eating up the beauty that was Kevin’s boyfriend, anticipating what he was about to do to it.

END_OF_DOCUMENT_TOKEN_TO_BE_REPLACED 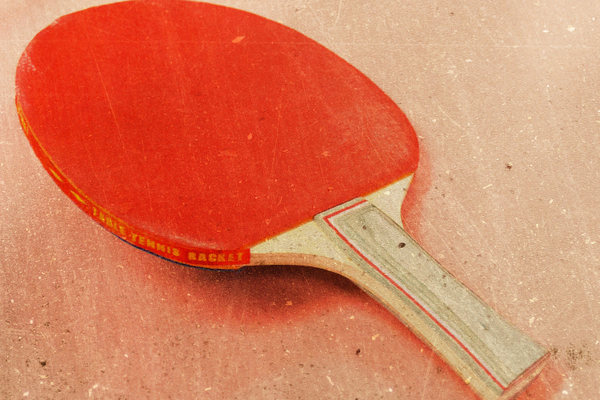 Last year the paddling would’ve been administered by his very own boyfriend, Vadim. But then last year he wouldn’t have had to act out to get what he needed. Vadim had happily administered punishments in his room nearly every single night—intimate over-the-knee spankings, sharp swats with a ruler, an occasional session with the belt or whatever other implement Vadim happened to come across.

END_OF_DOCUMENT_TOKEN_TO_BE_REPLACED

I meet myself at a keg party. Leaning against a counter in an over-bright frat[…]